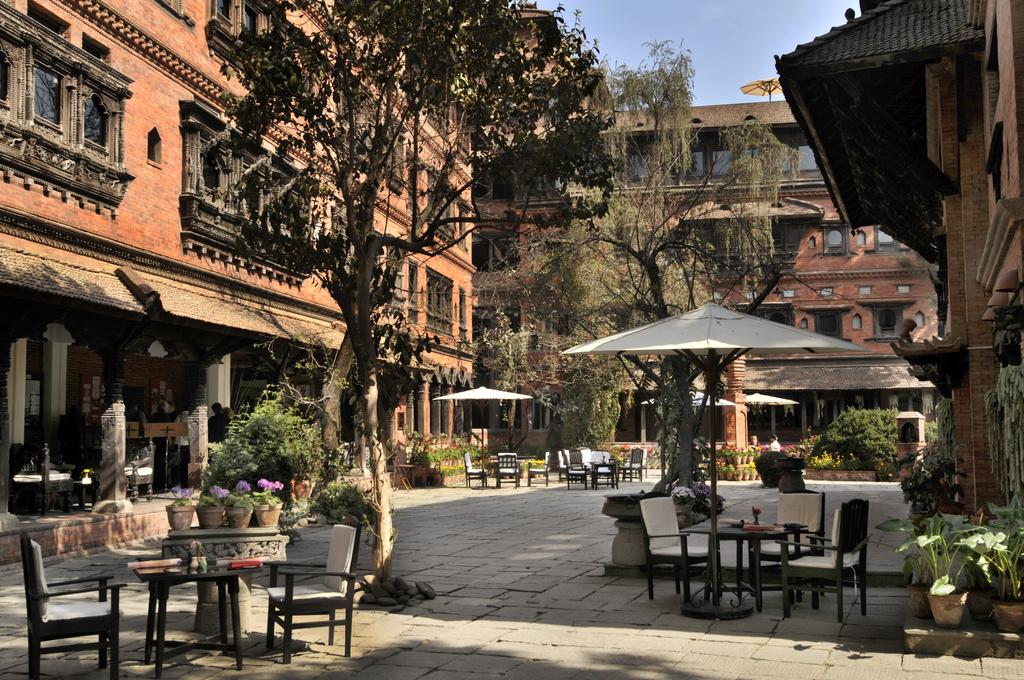 The history of Dwarika’s Hotel is intertwined with the life and times of its founder, Dwarika Das Shrestha. Dwarika was an extraordinary human being – a true visionary who was acutely aware of his own identity, the changing world around him and his responsibility towards it. His story is one of inspiration borne out of struggle and torment, the relentless pursuit of an aesthetic ideal, and one man’s determination to make a difference.

Born into a relatively affluent Newar family, Dwarika Das Shrestha was sent to school in India at the tender age of six. In the early 1950s, Nepal was taking its first steps towards democracy. Dwarika Das Shrestha completed his education with a degree in law and commerce in the early 1950s, and returned to Nepal with the dream of helping Nepal regain its former glory. His first business was the establishment of the first hotel in Nepal, Paras Hotel, in 1952, at a time when Nepal was yet to establish itself as a tourist destination. The hotel’s primary patrons were Indian and Nepali pilgrims who came to visit the Pashupati Temple. Back then, charging religious pilgrims for shelter was considered sacrilegious and earned Dwarika Das the wrath of his family.

In the late 1950s, Dwarika Das Shrestha bought the land upon which The Dwarika’s Hotel is now located and built on it a small family home, incorporating into the design some of the ancient windows he had collected. The first window that he used can be seen even today in the Fusion Bar. This was a revolution in building style and many people discouraged him from using the old window frames, seeing it as a reflection of poverty rather than an appreciation of cultural wealth. But Dwarika Das stood his ground; by then he had already started his collection of wood work and was beginning to understand the true value of Nepal’s rich cultural heritage, and the role it could play in building a prosperous Nepal.

Dwarika’s vision was born in Basantapur on a cold morning in 1952. Change was entering Nepal, and all around, century-old mud, brick, and wood houses were making way for the concrete structures of modernity. Dwarika Das Shrestha was jogging past the ruins of an old building in front of the ancient palatial complex of Kathmandu’s Newar kings, when he saw, huddled in front of a small fire, two carpenters sawing off the intricate carvings on an old wooden pillar and using it to keep the fire going.

The reduction of his heritage into firewood stopped him in his tracks. The weight of his heritage fell upon his shoulders and knew he had to act. The carpenters explained that they were extracting the “good wood” from the carved pillar to make a door frame; the rest was good only as firewood. Shocked, he bought the ancient old wooden pillars from the carpenters. This impulsive decision turned into a calling that was to define Dwarika Das Shrestha’s life and initiate the revival of Nepal’s pride in its Newari cultural heritage.

The magnitude of that impulse in 1952 was not even fully understood by Dwarika Das Shrestha himself. Yet, over the years, he persevered with this passion and continued to collect wood works. Whenever an old building was brought down, he would buy as much of the carved windows, doors and pillars as he could afford. As his collection grew, he reflected:

“There [his home] they lay wounded for years, but I saw them every day. They communicated with me. They compelled me to visit monuments and temples in an attempt to understand them.”
Dwarika Das would later give his shares in Paras Hotel to his brothers, and join the government service. This, however, did not stop him from dreaming and continuing to collect wooden masterpieces. As his collection grew, he was able to understand these works of art with a greater degree of appreciation. He realised that these works were not individual artistic endeavours but a product of a larger cultural tradition. These works were not made in isolation but made in collaboration and communion with a variety of different craftsmen and customs. Dwarika Das came to see that in order to preserve his heritage, just collecting these pieces would not be sufficient. To some degree, a renaissance of the cultural context within which these works were produced was necessary, which included most essentially, the revival of traditional skills. The guiding philosophy of Dwarika’s Hotel comes from this realisation.

Continuing his vision and utilising the sketches through which he had conceived the hotel, his wife and daughter, Sangita Shrestha Einhaus, completed the front building (where the reception is now housed) in 1998. In order to complete the building’s façade, they worked closely with a local potter named Hirakaji for close to a year, trying to replicate the horizontally carved designs with terracotta. Using a mold of the carvings from the horizontal reliefs on the door frame that is in front of the Lumbini building, they revived traditional terracotta designs that were used in the valley around the 15th century. These terracotta designs were more economical than wood, but created a similar aesthetic feel to a building’s façade. The revival of this tradition has proven to be highly popular, with such designs now being replicated throughout the valley.

His ability to see a role for the past in the present and to act upon an idea is what made Dwarika Das Shrestha a real visionary and an inspiring individual. With the help of his wife, Ambica Shrestha, he started exploring entrepreneurial avenues to assist in the development of Nepal’s tourism and finance his passion for conservation. They knew that many people would be interested in coming to Nepal, to tour its heritage sites, and to experience its natural beauty. Towards this end, in 1969, Dwarika Das Shrestha went on to establish one of the first travel agencies in Nepal, Kathmandu Travels and Tours.

Dwarika’s Hotel was registered in 1977, with the idea of reviving the architectural splendour of the valley. All the terracotta work was made in the valley, using local clay and skills. The couple also incorporated elements of Nepal’s diverse cultural heritage, including those from beyond the valley, when designing the rooms. The furniture was crafted by families of traditional carpenters, and the linen, textiles and embroideries were hand woven and used Nepali patterns. In all purposes, Dwarika Das Shrestha took some of the finest elements of Nepali crafts, and presented them in a way that had not been done before. In explaining his vision, he once stated: “My project is to recreate a 15th-17th century environment where tourist and Nepali alike would have a sensation of the original. The hotel as a commercial enterprise is merely a vehicle to finance and carry my dream forward.”

Dwarika’s Today The hotel is still managed by the Shrestha family – Ambica, Sangita and Dwarika Das’ grandson, Rene Vijay Shrestha Einhaus – and now makes up one of the largest private woodwork collections in the world. However, the family no longer buys old wood works unless they are significantly damaged and require restoration at the heritage workshop in the hotel. Where possible, the hotel instead encourages people to incorporate the pieces into their homes and appreciate their cultural heritage. The influence of Dwarika Das Shrestha’s vision can be observed to clearly in the old cities of Patan and Bhaktapur, where public and private initiatives are gradually restoring the city to its past glory. The Dwarika’s Hotel retains Dwarika Das Shrestha’s guiding philosophy and remains a beacon on the importance of heritage conservation in Nepal.

With 83 meticulously designed rooms and suites, Dwarika’s Hotel Kathmandu offers a regal experience comparable to the royal suites of the 14th century Malla kings of Nepal.

The Royal Suite takes its architectural inspiration from the private abodes of the Malla kings and is set magnificently over three floors and an area of 250 sq metres. With an open-air breakfast terrace attached to the spacious bedroom, the suite also has a separate living area and an entrance foyer. A wooden-floored deck overlooks a sumptuous lounge. On the private terrace you can indulge in a splendid view of the hotel’s courtyard as well as the towering white peaks of the Himalayas. One of the most enchanting aspects of the suite is its 50 sq metre bathroom, intricately designed with traditional architectural features.

Spread over an expansive area with a luxurious open plan bathroom, the exquisite Executive Suites at Dwarika’s combine traditional style with modern convenience. With special amenities including a personal computer, the Executive Suites also offer spectacular views of the courtyard. A stay here will make you feel like you have your own private palace in ancient Kathmandu.

Each of the 43 luxurious Junior Suites is individually designed with local materials including pottery, slate and brass, as well as genuine antiques and artefacts. In the spirit of a Nepali home, each suite suite has a divan (day bed) for lounging and true relaxation. Every Junior Suite has its own personality, ensuring that each stay is a unique experience

Whether you are visiting Nepal for leisure or planning to stay with us on business, the facilities at the hotel are designed to meet any requirement. If you would like anything not mentioned below, please do not hesitate to ask. 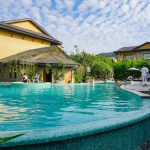 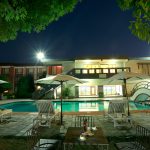 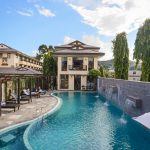 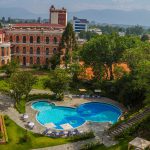